It isn’t an easy job when one maintains their youth, especially when you need to take care of your skin and all that. Also, the hustle gets more real as each day passes, so you’ll definitely have to maintain the youthful look. Many Nigerian female celebrities have maintained this youth and look way younger than their age despite the hard work they involve themselves in.

Below, we bring  you a list of 11 Nigerian celebrities – in no particular order, who look younger than their age.

At 42, and even with three sons, this woman’s body is the dream of most women.  Kudos mama! Omoni Oboli is a Nigerian actress, scriptwriter, film director, producer and digital filmmaker. She studied at the New York Film Academy and has written several screenplays, including The Figurine, Anchor Baby, Fatal Imagination, Being Mrs Elliott, The First Lady and Wives on Strike.

Delectable songstress Tiwa Savage is at the big 40’s club, but she looks almost half her age. Tiwatope Savage, known professionally as Tiwa Savage, is a Nigerian singer, songwriter and actress. Born in Isale Eko, she relocated to London at the age of 11 for her secondary education. Five years later, she began her music career doing backup vocals for artists such as George Michael and Mary J. Blige.

Ever youthful Nollywood Actress Geneveive keeps glowing at 41. Her skin also looks amazing. Genevieve Nnaji is a Nigerian actress, producer, and director. She won the Africa Movie Academy Award for Best Actress in a Leading Role in 2005, making her the first actor to win the award.

This beautiful mama keeps glowing at 53. Ireti Doyle is a Nigerian actress, writer, producer, presenter and entrepreneur. She began her career in the entertainment industry in the 90s and overtime has horned her skills in stage, television, film and print works.

Fathia Williams has a smile too young for 51, and we’re certain that she’ll pass for a 30-year old in movies. She is a renowned Nigerian actress, filmmaker, producer and director. 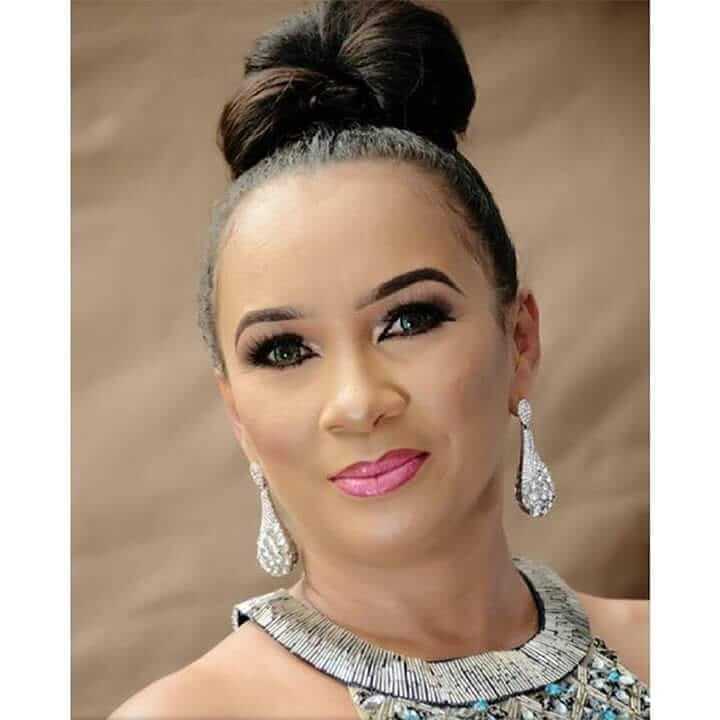 At 50, Ibinabo Fiberesima looks younger than even 40! This pretty actress always keeps glowing. Ibinabo Fiberesima, is a Nigerian film actress, ex-beauty pageant and event manager. She is a former President of the Actors Guild of Nigeria.

It is so obvious 34 got nothing on “Yolo Yolo” crooner, Seyi Shay. She looks super amazing. Deborah Oluwaseyi Joshua, professionally known as Seyi Shay, is a Nigerian-based singer, songwriter and actress. She wrote and produced three songs for the soundtrack to Konami’s video game Crime Life: Gang Wars.

Who would have guessed this glamorous actress was up to 40 years of age? Well, the celebrated Nigerian actress and businesswoman is actually 53 years of age! Think on it!!

Ever vibrant, dedicated and energetic, Rita Dominic 45 years got nothing on her. Rita Uchenna Nkem Dominic Nwaturuocha is a Nigerian actress. In 2012 she won the Africa Movie Academy Award for Best Actress in a Leading Role.

Who would believe this gorgeous woman is 49? We are definitely not kidding. She is also a fit-fam inspiration. Could this be the secret of her beauty and looks? Kate Henshaw, also known as Kate Henshaw-Nuttall, is a Nigerian actress. In 2008 she won the Africa Movie Academy Award for Best Actress in a Leading Role.