Eve Esin was born on October 17th, 1986 in her hometown of Oron, Akwa Ibom state, Nigeria. She is a very talented Nigerian actress, model, producer and TV personality.

Esin grew up in Akwa Ibom where she attended Immaculate Conception Secondary School in Itak-Ikono. She proceeded to the University of Calabar, Cross River state where she studied Theatre Arts. 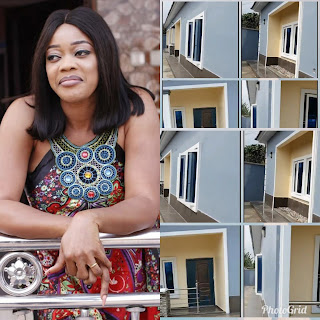 Esin began her acting career after taking up a banking job which she eventually had to leave. She went for a movie audition in 2008, after which she joined the Nigeria movie industry (Nollywood) and landed her first role in a movie titled, Oshimili, where she was made to carry a live snake. She has since featured in more than 150 Nollywood movies some of which include Brothers War, Sisters of Virtue, Sorrowful Kingdom, Heart on Fire, Idemili, Dangerous Pastors, Back from Congo, Emmanuel, My Blood My Sweat, Never Again, The Storm, Marry Who You Love, Brave Mind, Deep Water, Clash of gods, Enemy of the Land, Moment of Tears, Ifeoma The Trouble Maker, and Spirit of War..

She is one of the most gifted and most skillful actresses in Nigeria and is popularly known for her ability to cry in movies. She became highly famous after acting in the Nollywood blockbuster movie “Idemili” a movie directed by an award winning movie director Ernest Obi. According to her the most challenging movie she has acted is “Idemili” due to the fact that she had to gathered enough courage to carry a live snake in her role in the movie. In 2016, she produced her first feature film titled, Spirit, which was premiered in Lagos.

Esin is presently not married. She is currently one of the richest and most influential actress in Nigeria with an estimated net worth of $450,000. In 2017, she came under immense criticism after she shared a picture of herself wearing a nose ring. In a subsequent post she said, “About my previous post, to those who dislike the nose rings, sorry loveys… work’s gotta be done!”

Eve Esin has a new house she built in 2020 to honour her late mother whose name is Mary Patrick Esin.
The house Eve Esin built was a fine bungalow. 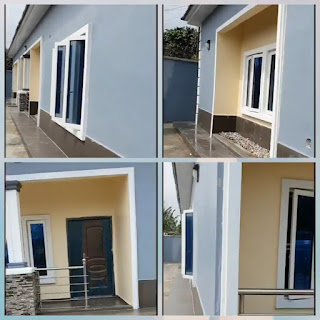 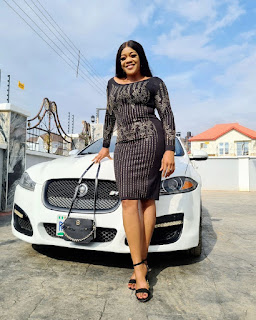